1. the handwear used by fielders in playing baseball (noun.artifact)
2. boxing equipment consisting of big and padded coverings for the fists of the fighters; worn for the sport of boxing (noun.artifact)
3. handwear: covers the hand and wrist (noun.artifact) 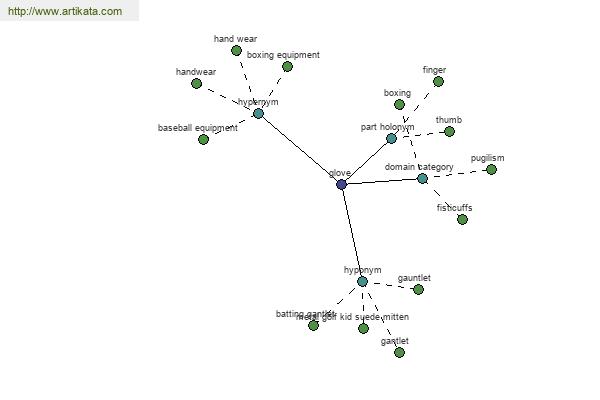