1. (horseshoes) the successful throw of a horseshoe or quoit so as to encircle a stake or peg (noun.act)
2. a contestant entered in a competition under false pretenses (noun.person)
3. a person who is almost identical to another (noun.person)
4. a person who rings church bells (as for summoning the congregation) (noun.person) 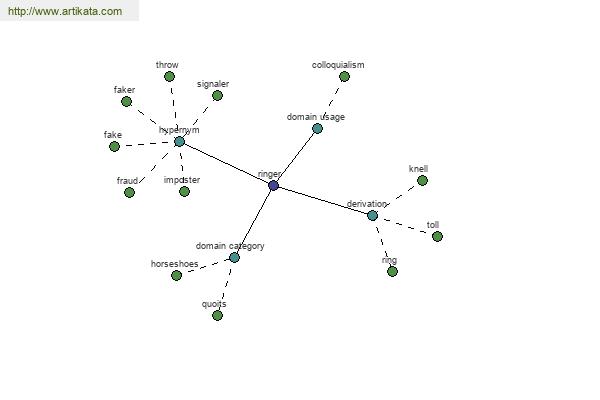