1. able to right itself when on its back by flipping into the air with a clicking sound (noun.animal)
2. medium-sized tuna-like food fish of warm Atlantic and Pacific waters; less valued than tuna (noun.animal)
3. oceanic schooling tuna of considerable value in Pacific but less in Atlantic; reaches 75 pounds; very similar to if not the same as oceanic bonito (noun.animal) 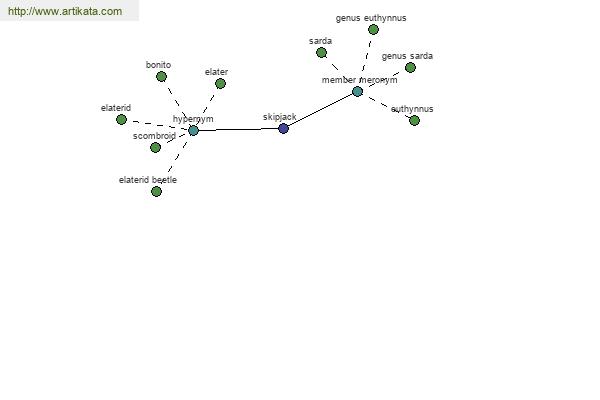